I am really pushed for time now so having to compromise more than I had hoped I would. I need to crack on with getting things sorted and done. The big thing I need to do now is rename the cocktails. Something that I should probably have done already, but oh well!

I would love to say that I have put way loads of logic into the renaming of these, but I haven't. I have tried the best that I could, but I just need to do it. Obviously, a lot of them have some logic behind them, like for instance the Vodka Martini is clear, so I have renamed this to Spot Varnish, and Bloody Mary has been renames to Bleed because well that's an obvious one. The complete list is below:

I changed the headings on the layouts then to suit. 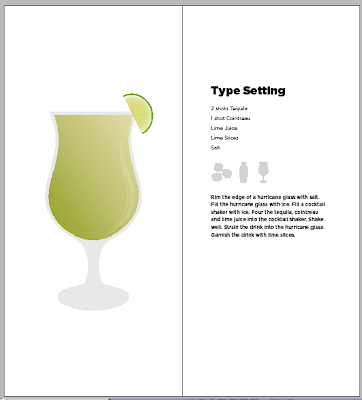 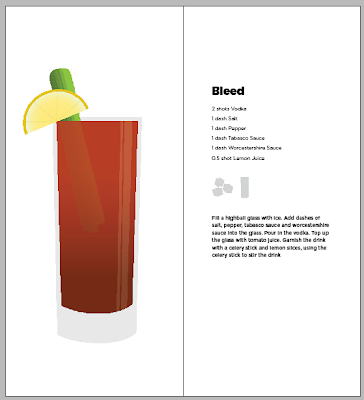 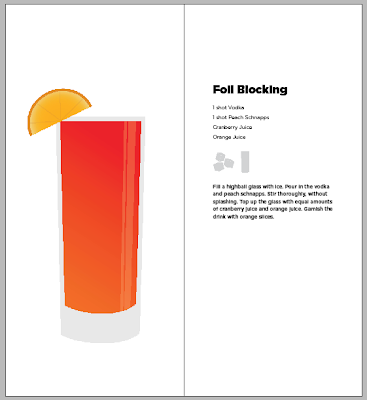 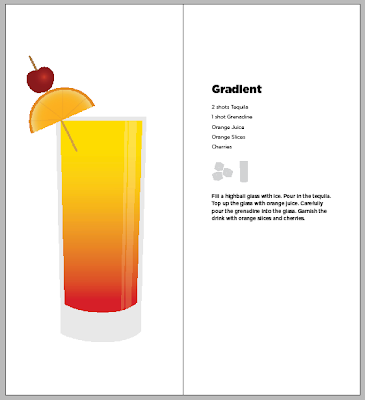 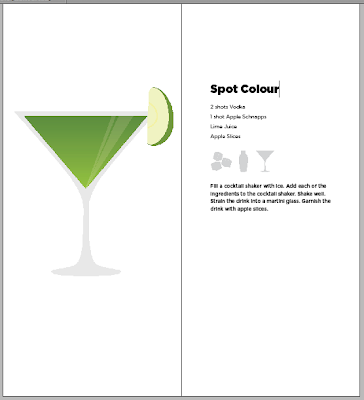 The layouts just don't look finished. Hmm, it's as though something is missing. Might have to have another play around with this.

Posted by Sarah Pritchard at 03:24