Whilst working on the greetings cards, I wondered if it would look good and be a nice extra to have a print finish on them, such as spot varnish or foil blocking over the actual pattern printed areas. So because I don't think it's possible to try spot varnish, I have seen a couple of people experimenting with foil blocking so going to give this a go. I went and bought some black foil from the print room, and was told that you can do it on the heat press in there, or a couple of people have tried using an iron (but said it doesn't work quite so well). I've decided to give the iron a go first to see. 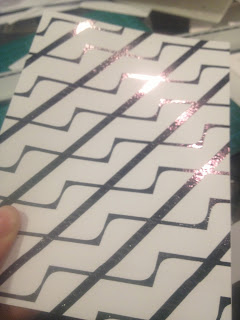 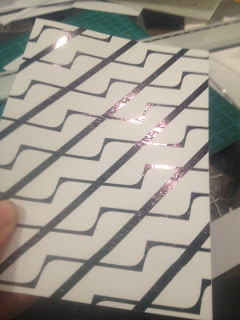 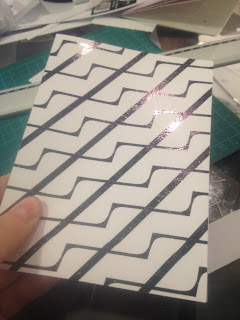 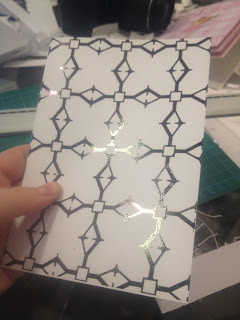 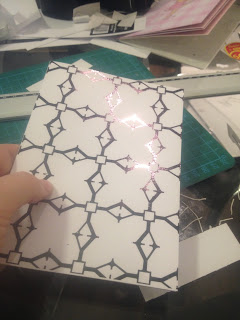 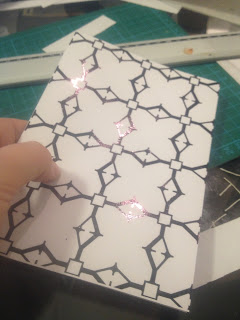 It doesn't work quite so well with an iron as the foil goes on patchy. Even so, I do like this. I think it's a nice effect to use. Definitely something to consider for the actual finished ones.

When I was printing the cards in preparation for the experiment, I printed one on to a black stock to see if this would work. It would mean adding an extra piece of paper in the middle of the card that is white for the writing to go on, but decided to give it a try at least. 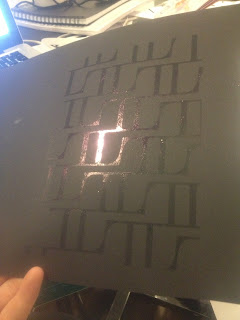 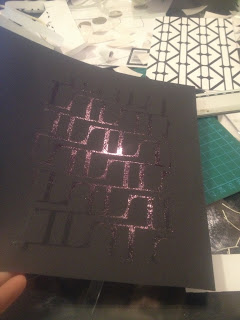 I like this too. I like black foil on black card though, looks pretty sexy. Had the same thing with the patchy foil though. Don't think this will be an option for the final ones, but certainly glad I tried it.

Posted by Sarah Pritchard at 13:52